My neighbor has a Bosch tankless water heater he put in last year. This water heater has one slight problem that when the power even blips a single second, it gets set back to its lowest temperature of 95°F. My neighbor (we'll call him Frank for this post because Frank Tank is funny) Frank wants to set his heater to 120°F in his house. The problem arises in that his water heater is under the house in his crawl space.

Without an easy way to set his temperature, he needs to crawl under his crawl space and turn a dial EVERY. SINGLE. TIME.

He asked me if I knew of anything off the shelf that would help. I did not. So I said the only logical thing someone like me would have done. "I can totally automate that!"

The Lay Of The Land

He has a Bosch Tronic 6000C, with what appears to be a rotary encoder knob to set the temperature. I only spent a few minutes under his house while planning this and didn't think to any measuring of how many detents to rotate, or how long the dial took to rotate to 120°F, so my first pass of this project is done with estimations. 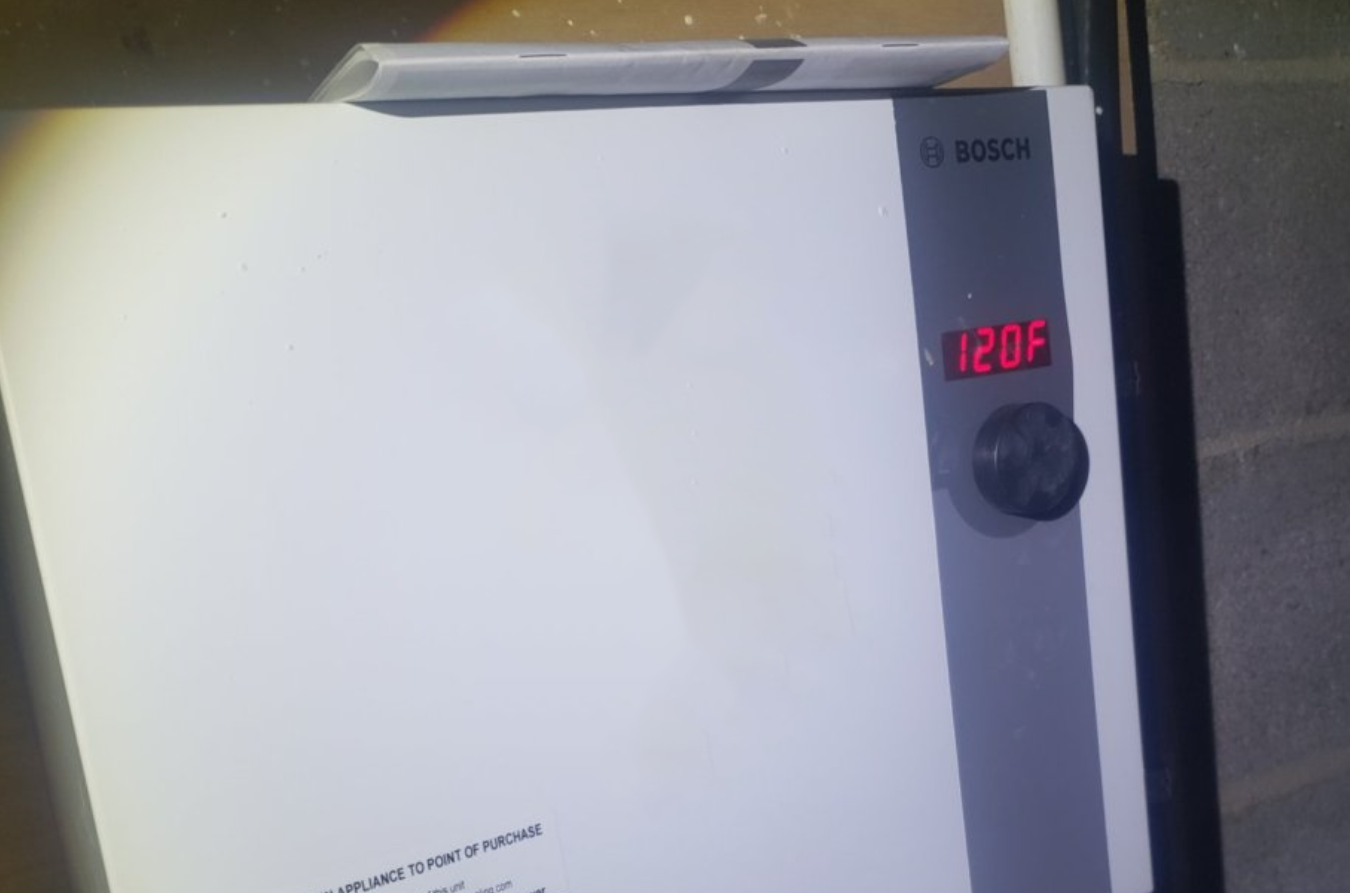 I have a few random servos laying around, and an NodeMCU ESP8266 module. I figure these would be the perfect solution! ... note: was half right...

The Original code runs a web server on port 80, and runs a web page with some jQuery (wow it's been a while) to change the angle of the servo. I realized this wasn't what I needed because my servos could only go 180° and I might need to go multiple rotations. I found a youtube video on how to make a SG90 run infinite in either direction, so I did those modifications. I then modified the front end code a little bit.

The new code on the back end was actually exactly the same, even though the effect was slightly different. It would run on port 80, listen at / and /angle, but the angle here was more of direction and speed (a vector?). The way the servo was built, 160° was "Stop", higher than that was rotate clockwise, lower was rotate counter clockwise.

For a final touch I added in a range slider for "Time". This held how many seconds after pressing Higher or Lower, that I would send the STOP command again.

This seemed to work relatively well, but I figure I should just use a stepper motor if I was attempting to emulate one this way. I dug around in my closet and was able to find some parts. 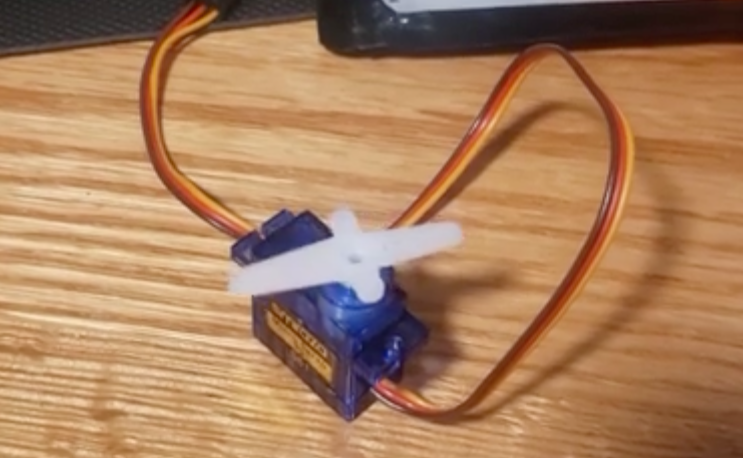 I was able to rummage up a 28BYJ-48 stepper with control board, and a HW-131 power module.

With these I needed a new library so I stripped the c++ code down to its basics, just getting me a server with the index page for the first pass.

On the Javascript side of things, I then decided I would add a temperature slider, from 90° to 120° (which writing this realize it should be from 95°... git commit...) with a confirmation button, and a small button to initialize down to 95°.

The initialize button would need to trigger an initialization where I rotate counter clockwise an appropriate amount of time (Length TBD) in order to force the rotary encoder dial to always start at a known state of 95. The green submit button sends the new desired temperature as a post.

Server side, I was using a library called AccelStepper. This I set some made up max speeds and steps per rotation, actual values TBD.

I added an endpoint called /setTemperature that takes in a temperature and sets a local temperature variable. From there, I calculate the temperature less 95, to find out how many degrees I need to increase by, for now I'm considering this rotations.

I then apply a multiplier (TBD also... there's a lot of these as you can see!) and call stepper.moveTo() and it actually feels like it's pretty accurate.

The endpoint /initialize runs stepper.moveTo with ten rotations CCW, and then resets the "known location" back to zero (this also runs on power on for now). 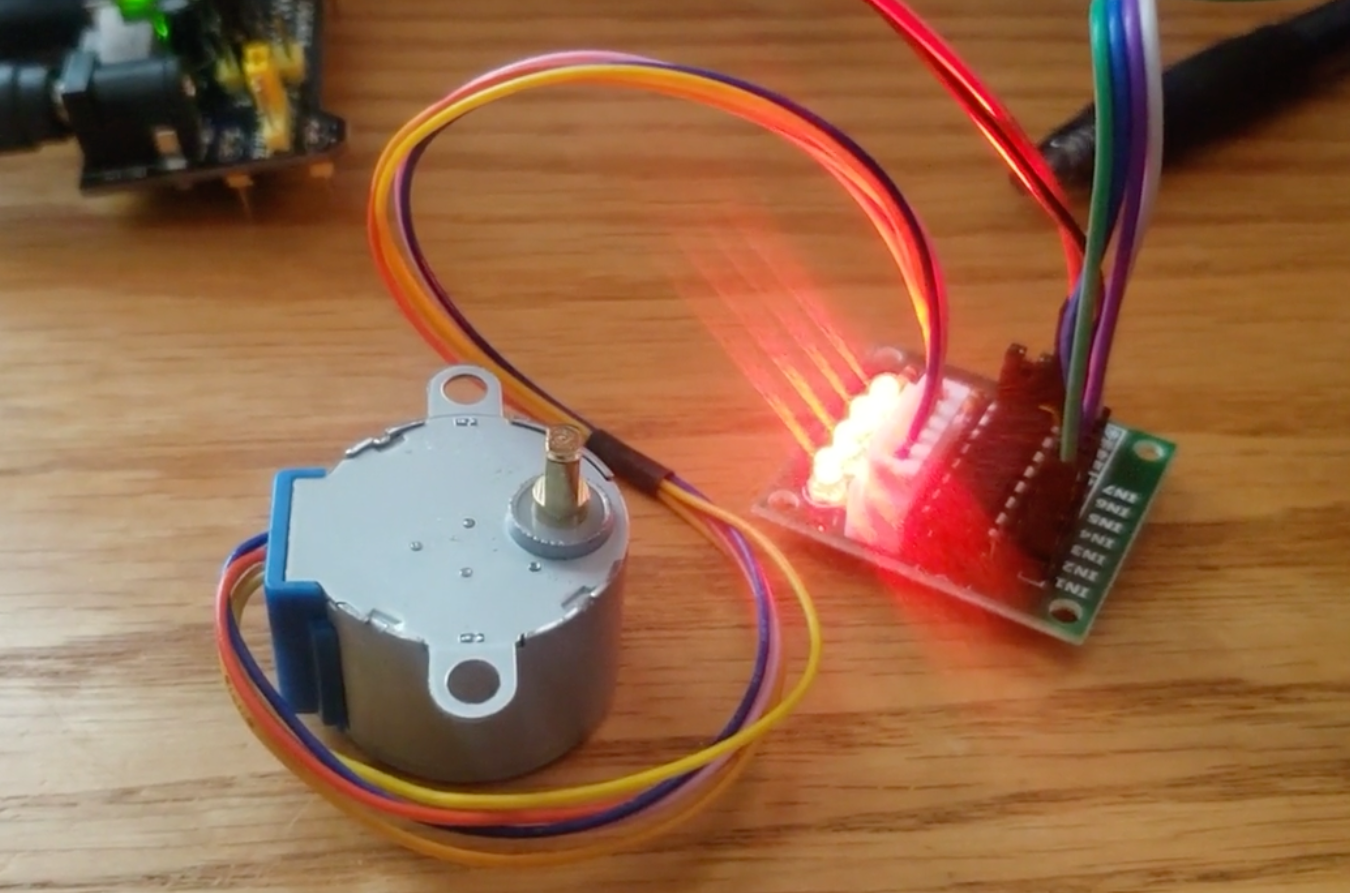 The result of this second round of coding is a lot more that I expect to happen once I can finally get down beneath his house. Frank will lose power, his water heater will reset to 95°F, the NodeMCU will reboot, and reinitialize itself. Frank will then open his browser to the NodeMCU's server, set the desired temperature, and take warm showers.

Version 2 will come once I actually test EVERYTHING. My first quesiton is if a rubber band on a lego tire with a servo wheel adaptor (which I 3d modeled and printed...) will work sufficiently. Programming wise, I need to figure out how many steps is one degree. Is the rotary encoder one degree per detent? Is it a constant speed? Is it like an alarm clock where you can sometimes jump by 10?

Stay tuned to find out the exciting conclusion once I can go down below Frank's house. 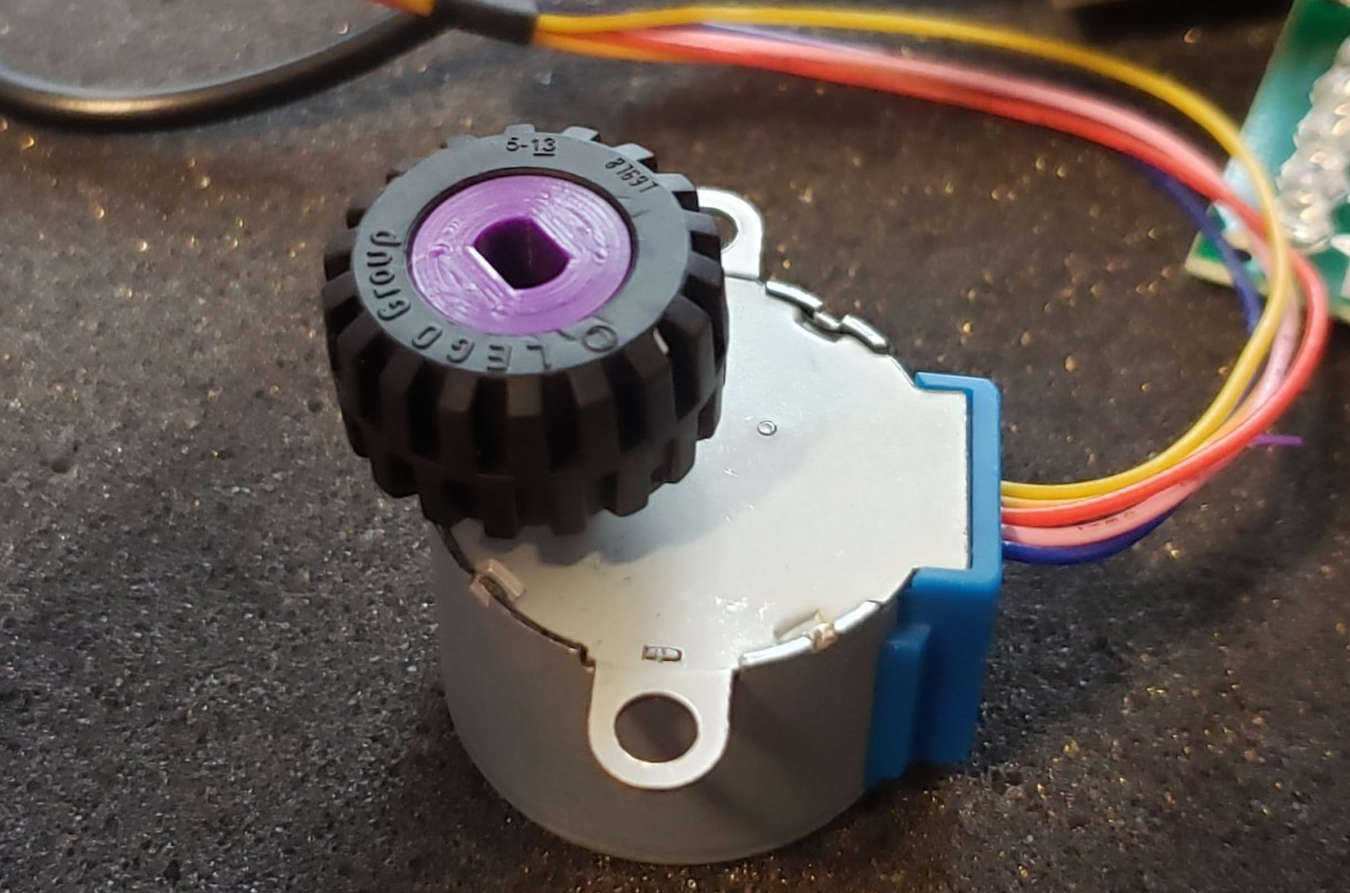 The code is currently at https://gitea.tyrel.dev/tyrel/frank_tank.git